DANCING On Ice star Matt Evers has been helping train a young Ukrainian ice skating refugee after he was forced to stop due to the war.

Gosha Mandziuk, 六, trained six days a week and had competed nationally but was unable to keep up his practice once he fled to the UK – so Matt has stepped in.

The pro skater explained to Sky News: “Seeing and hearing his story really pulled at my heart strings.

“I think as a professional skater and working with 15 different celebrities on Dancing on Ice we can spot certain things that a normal coach or skater may not see.

“Seeing the tapes of him and from when you guys filmed him I can definitely see he has potential. Even the way he stands in his skates – he’s just got it – he’s a talented kid.”

马特, who has skated with the likes of Gemma Collins and Sally Dynevor, continued: “When this came along, it just felt right. Something is telling me to make sure he can just stay on the ice and keep his dream alive too. 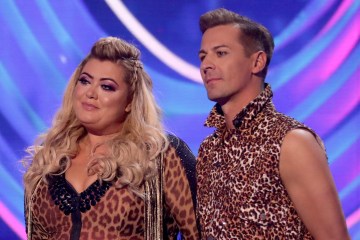 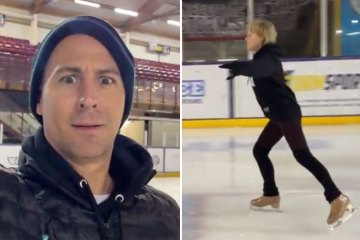 “I will definitely keep an eye on his journey and who knows, maybe in a couple of years, he’ll be on Dancing on Ice – you never know!”

Gosha and his mother Iryna moved in with a host family in Bristol in April.

Speaking about the support they have received, Iryna said: “Since the last filming, we’ve met a lot of amazing people. You cannot even realise that so many people are eager to assist, to help. I’m sure he is now more confident.

“He has a lot of instructions, he goes to the ice, he has received new skates, and his skating is more, smooth so he is stronger now than he was.”

Gosha’s dad is still in Ukraine and the family are hoping to reunite with him soon back in their home country.