On the same day, September 6, Victoria Cross hero Johnson Beharry has revealed that he received an email from royal officials — which he presumed was protocol — asking about his availability in the event of Her Majesty’s death.

Then 24 hours later he received a follow-up call. And the next day it was announced the Queen had died.

Johnson, 43, who won Britain’s highest military honour for bravery in Iraq, knew about Operation London Bridge — the plan for after her death — and had previously “informally” agreed to be part of it. 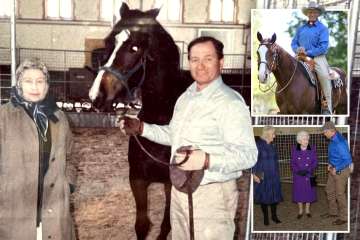 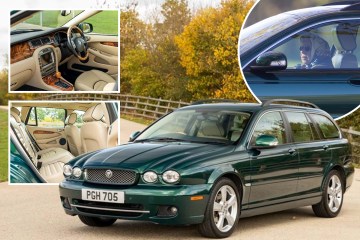 “I was told very vaguely that there was a possibility I would personally be involved, years ago.

He added: “I didn’t know the President was behind me. I thought it was my minder.”

On September 7, a virtual meeting with the Privy Council was postponed on her doctor’s orders.

He said: “Meeting Her Majesty at Buckingham Palace was the scariest day of my life.

He said: “I was trying hard to hold it together. I could feel my chest getting tight and feeling heavy. I was choking up.

On arriving at Westminster Abbey for the funeral, he said: “I was pushing Keith Payne VC, who is in a wheelchair.

He added: “I tried to sing the hymns but I couldn’t get the words out.

“Someone said, ‘Do you know who was walking behind you in the Abbey?’

“I was like, ‘Yeah, the guy was my minder’. They said, ‘No, that was the President of the United States’.

He said: “I will be thinking of her and saying thank you for everything you did for me and all of us.

He said: “I will be thinking of her and saying thank you for everything you did for me and all of us.

In total, 10,000 veterans are expected to march past the Cenotaph, with leading members of the Royal Family also attending.