A DIETER who ate sweet potatoes for every meal for six months ended up turning bright orange.

Alysha Shobe, 34, decided to completely cut out processed foods and go on a strict sweet potato and vegetable diet after a break up in order to shed a few pounds.

The sales assistant, from Ohio, ate six potatoes per day and one can of pumpkin puree in order to drop 13kg – but accidentally turned her skin luminous orange in the process.

Alysha said: “It started in the fall of 2019 when I was mad at a boy who I really liked.

“I was determined to lose weight and started the 30 diet which led to me eating lots of sweet potatoes. 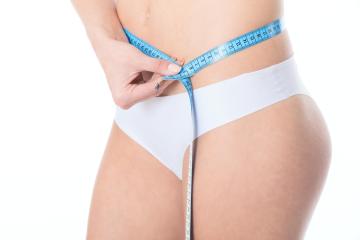 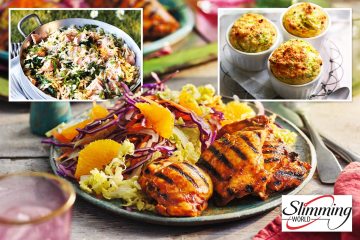 “I became obsessed, I would only eat them and pumpkin puree.

“I noticed a slight skin change but at first I looked tanned rather than orange.

“I was a teacher at the time and even had a child ask me if my liver was okay.

“The skin didn’t bother me but my mom was mad, she would always yell at me for turning orange.”

Images also show her hands glowing after snacking on the food for months on end.

Alysha’s diet consisted of five sweet potatoes per day which equated to 650 卡路里.

She then added other vegetables such as butternut squash, peas, apples and pumpkin in a tin bringing her total calorie intake up to 1200 per day.

She lost 30 pounds in four months and managed to maintain her weight for another two.

然而, she eventually came off the strict regime and started eating a more balanced diet which made her skin less orange.

然而, she still eats sweet potatoes and believes her skin maintains a healthy glow because of it.

她补充说: “I still eat them now, they’re cheap and taste nice. I just don’t eat as many and I’m not as obsessed with calories.

“The diet actually saved me a lot of money as potatoes are very cheap and that’s another reason I continue to buy them now.”