The hit ITV kids show aired from February 1989 hasta diciembre 1999 with Pat as the presenter and twins Melanie and Martina Grant as cheerleaders.

Melanie was the supporter of the red team while Martina backed the yellow team each week, with their outfits matching the team colours.

With their blonde hair and peppy personalities, they won a legion of fans at the time, and now Pat, 60, as reunited with his former Fun House co-stars for a fun snap.

In the selfie, Pat was seen right at the front while Melanie and Martina stood behind him striking matching poses with their arms in the air. 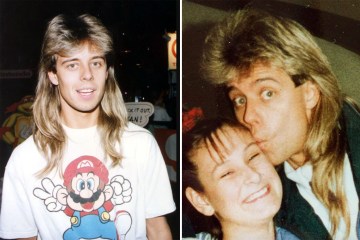 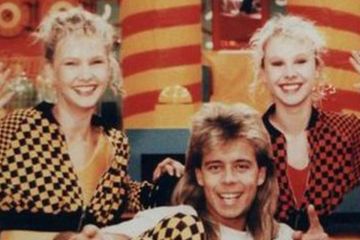 Pulling excited and happy faces, the twins also wore similar black dressed and both wore their blonde hair long and loose around their shoulders.

Melanie and Martina are now 50, but fans were blown away by their youthful appearance.

It also prompted his followers to reminisce about the show, con una escritura: “By far my favourite show as a kid, gutted I never got on it and now I’m way too old if it did make a comeback.”

Otro tuiteó: “My childhood right here..now this is a show they should bring back,children’s afterschool and Saturday morning tv is just not the same anymore for my kids.”

Coronation Street actor announces he is engaged to his longterm girlfriend

Un tercero agregado: “Many happy memories of the peak of CITV, Friday’s after school were always either Fun House or Knightmare before switching over to Grange Hill on BBC 1. Amazing times Pat.”

De nuevo en 2020, the twins surprised Pat with a video message while he was on This Morning promoting his book.

Pat loved the message as an excited Holly Willoughby fan-girled at seeing the twins.

He asked Holly which of the twins she would have like to have been.

Holly replied: “I wouldn’t have cared, all I knew is they had the best crinkled fringes and best top knot I’ve ever seen. Iconic.”