BBC BREAKFAST viewers were let stunned this morning as a new presenter took over hosting duties.

However, all four of the journalists were nowhere to be seen as the show came on air.

Instead they’ve been replaced by a brand new presenter – Ben Boulos.

The BBC journalist is presenting from the red sofa for the very first time.

He took viewers through the latest news as well as a segment on Christmas Day television. 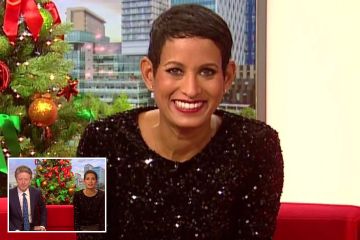 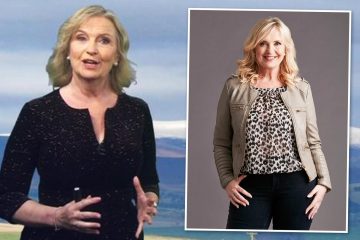 In a big change to the show’s format Boulos fronted the programme alone, instead of with a co-presenter.

Ben couldn’t hide his excitement and took to social media to share the news as well as a snap from the iconic set.

He posted: “Guessing you’ve figured it out by now!

“Very excited to be presenting #BBCBreakfast @BBCBreakfast for the first time this morning. More coming up at 8am.”

The VERY rude jokes hidden in your favourite Christmas films

Viewers have enjoyed his hosting style as one said on social media: “You’re doing well and looking great.”

Another said: “A belated Christmas gift to your viewers, @BenMBoulos . It’s always a delight to see you on telly!”

“Fabulous!!!… a great call for you. As so often, it’s tough news. Always your sensitivity Ben. Thank you,” posted a third.