UPROAR sparked as gay England fans told to be “respectful” when they jet to the Middle East to support Gareth Southgate’s aces, the Foreign Secretary warned yesterday.

Mr Cleverly was slammed for being “tone deaf” and “shameful” in his defence of the host nation’s dodgy rights record.

After saying he had spoken to the Qatari authorities in the past about gay football fans, he told LBC: “One of the things I would say for football fans is, Wissen Sie, please do be respectful of the host nation.

“They are trying to ensure that people can be themselves and enjoy the football, and I think with a little bit of flex and compromise at both ends, it can be a safe, secure and exciting World Cup.”

It comes after veteran campaigner Peter Tatchell said he was arrested after staging the first LGBT protest in the country to highlight its human rights abuses in the run-up to Weltmeisterschaft. 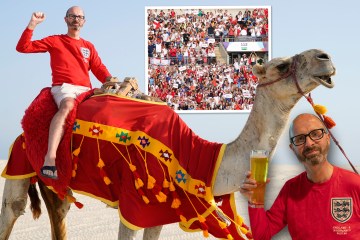 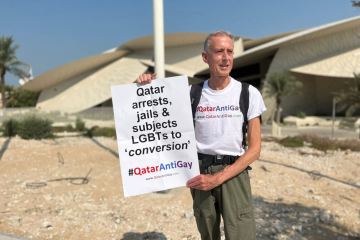 The veteran later campaigner slammed the minister after his release from a Qatari jail.

Er sagte: “I think it’s absolutely shameful that the Foreign Secretary wants us to respect that regime and he’s focusing on getting the fans to respect the regime, not on the regime protecting human rights abuses against LGBT plus people, particularly against women and migrant workers.”

In a video released on Tuesday, Mr Tatchell, 70, said he was “subjected to interrogation” while detained for 49 minutes after carrying out the demonstration outside the national museum in Doha.

Sie hat hinzugefügt: “Sport should be open to all. Many fans will feel they can’t attend this tournament to cheer on their team because of Qatar’s record on human, Arbeitskräfte, and LGBT+ rights.”