AN ANTIQUES Roadshow couple GASPED as they learned the life-changing value of their late mother’s jewels – despite making a BIG mistake.

An episode of the BBC show saw expert Joanna Hardy examine the heirloom earring and brooch set, saying they were “absolutamente preciosa”.

The lady revealed her mother had died last year and left the items to her, and she admitted: “I didn’t really know what they were.”

Ella añadió: “My father used to buy her jewelry a lot, and in fact bought all the girls in the family jewelry quite a lot so that was lovely.”

The family had acquired the jewels – by Cartier – in the 1970s but Joanna revealed they originated in the 1940s.

Joanna explained how a lot of jewellery was made with stones like citrines – which were in the guest’s pieces – because diamonds and emeralds were not as readily available after World War II. 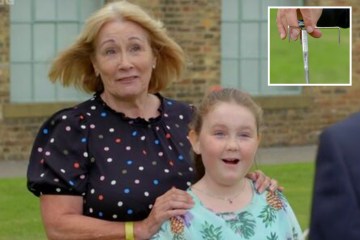 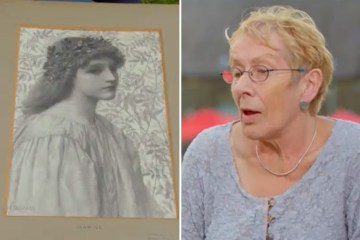 Joanna added the stones were in an 18-carat gold setting but told viewers the earrings had been altered from their original clip on style to a pierced fitting.

She then turned to the valuation and said: “The earrings, because they’ve been altered, you’d be looking in a region of about £10,000.”

The couple were shocked but more surprises were in store as Joanna moved on to the brooch.

Ella dijo: “This brooch, which I would run away with,’ Joanna said. ‘I just think it’s spectacular, me encanta.

“At auction I could see there would be a little bit of a fight over these, and I would say you’re probably looking in the region of around about £30,000.”

As the guest’s husband gasped behind her and said “My God”, ella dijo: “That is a lot more than I thought!”