A GUEST on Antiques Roadshow was left speechless after learning the eye-watering value of her unique parrot ring.

On a recent instalment of the BBC programme, viewers were taken to Clissold Park to see a wide range of items get valued by the show’s experts.

Durante l'episodio, expert John Benjamin spoke to one guest who brought in a ring fashioned to look like a parrot.

Once he revealed that her antique would get as much as a five-figure sum at auction, the guest was left stunned.

Before inspecting the ring, John revealed that the item the guest had brought in had a connection to how his career in antiques started.

Looking at the small yellow box that the guest had brought to get valued, he was delighted to see that the piece of jewellery had come from Cameo Corner where he once worked. 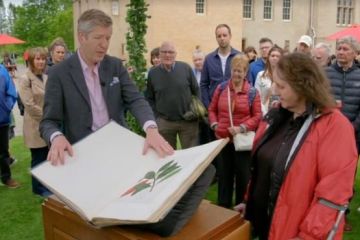 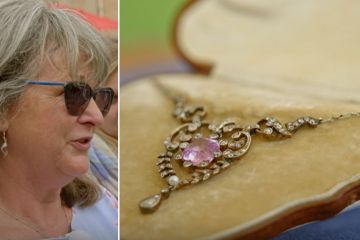 Informing viewers that the jewellery had come from renowned jeweller Mosheh Oved, he asked the guest to offer more insight into who he was.

Looking at the item closer, he estimated that it was made around 1947 before sharing that he hadn’t seen a parrot ring in many years.

It was then time for the antique expert to tell the guest how much the ring would get in value if she were to sell it now.

Letting out a loud gasp, the woman was stunned as she started to speak, but ended up clasping her chest in shock.

Dopo essersi composta, lei rispose: "Bene, I’m absolutely astounded! That is incredible. What an estimate, my goodness me.”