A FORMER Centre Parcs worker has opened up about their time at the popular destination and said they never understood why celebrities would visit.

The ex-employee has given the inside scoop as to what it’s like behind the scenes at the much-loved holiday spot.

The person, who has spoken out anonymously, worked at the Woburn Forest branch, which boasts lush woodland landscapes and activities for the whole family.

The former employee discussed celebrities being on-site, how horrible the insects could get, and how chaotic changeover days were.

The person, who worked at one of the on-site restaurants, also revealed how far away staff parking was and the one thing they loved – the freebies.

When it came to celebrities, it wasn’t uncommon to have them as guests. 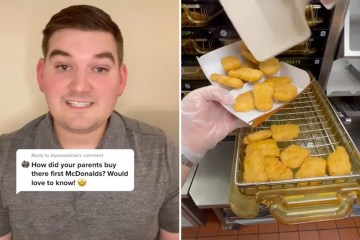 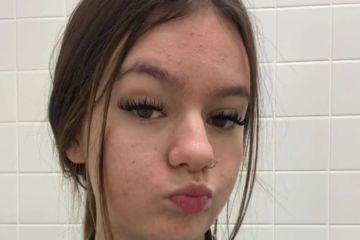 The former worker told Bedfordshire Live: “When well-known faces were visiting it became a hot topic of discussion, probably helped by most of the staff in the village’s multiple restaurants knowing each other outside of work, with many going to school together.”

They said staff greeted everyone from Premier League footballers and managers to Dragons from Dragons’ Den.

But the ex-worker said while they welcomed the famous faces at the Bedford spot, staff would be confused as to why the celebs were at Centre Parcs and hadn’t gone abroad instead.

They also opened up about insects – and how wasps were the worst.

While at Centre Parcs the person worked at the Pancake House and said that wasps hung around the sticky syrup in summer.

They explained: “As staff, we seemed to spend more time swatting wasps away from guests than actually serving guests, not to mention the chaos that ensued when the wasps got into the kitchen or around the open hatch area.

“It wasn’t uncommon to walk through the restaurant and see at least 10 to 15 trapped under plastic cups.”

They said: “For restaurant staff, changeover days are the busiest days.

“All of the people on the last day of their holiday are desperate to get that one final visit to their favourite restaurant in for one final treat for the already-full family.”

One other gripe they had was that staff parking – although free – was not as close as guests parking.

They explained: “Staff parking however is not as conveniently close to the facilities and requires more of a walk to get into work, particularly, like me, when you worked at the opposite end of the village, near the boathouse.

“Despite being told to park in staff parking, it was common for staff to park in guest parking out of convenience, not that I would ever have done such a thing.

“It just seemed to make sense for staff to park closer if possible, we were after all, working.”

And the one thing they loved was the free day passes.

The former employee said: “Staff at Center Parcs are entitled to ‘day passes’ as a benefit of their role, or at least they were when I worked there prior to the Covid-19 pandemic.

“A day pass was an absolute joy to use, free use of all the activities on site, provided there was availability and discounted prices at restaurants and bars.”