CORONATION Street fans are in shock after a major new villain arrived on the cobbles – and revealed himself to be Rick Neelan’s old business partner.

Teenager Kelly Neelan – who is played by actress Millie Gibson in the ITV soap – found herself at his mercy after his henchman kidnapped her and locked her in a cellar.

“I used to know your dad before he disappeared,” the man said to a terrified Kelly.

“Me and him had what you might call unresolved issues. And you’re going to resolve them, unless you want to disappear like he did.”

Kelly tried to stand up to the man by warning him that Gary would deal with him.

But instead he forced Kelly to send a text but she put in a nod to Gary that she was in danger. 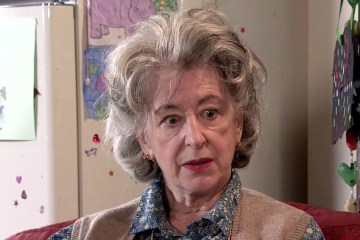 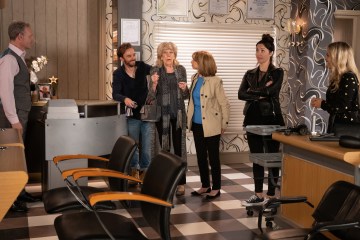 And back in the cellar the gangster revealed how he knew her dad.

“I was his business partner,” he said.

“Until he screwed me over. I lost everything because of him, and now you’re going to pay me back.”

And later the man phoned Gary himself to threaten him.

He told Gary: “We both know there’s money stashed away, and I want £50k of it tomorrow.

“And if you want to see Kelly Neelan again – no police.”

Kelly was left terrified after hearing the man’s threats – and Gary and Maria panicked.

Coronation Street viewers were in shock at the twist.

One wrote: “Hate to think what this gangster is going to do to Kelly!”

TOO HOT TO HANDLE

Another said: “How Kelly is going to produce 50 grand?!”