In one photo, Kris stands atop the boat’s lower deck as the French coastline with its sun-bleached buildings can be seen behind her in the distance.

The famous momager leans against one of the yacht’s pillars as she wears a colorful, tight-fitting SKIMS long-sleeved mesh dress in what the website describes as an “Obsidian Print”. 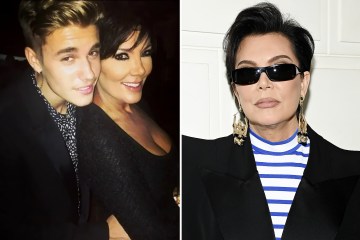 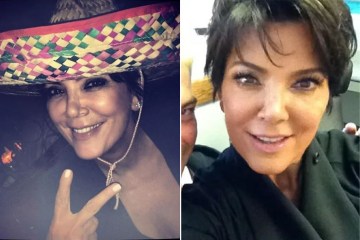 One person wrote: “They get it from their momma.”

While a third fan used the Keeping Up With the Kardashians alum’s famous words to her daughter Kim to give Kris props, adding “You’re doing great sweetie.”

All the while, she kept her hands locked to her Birkin bag, which is estimated to cost around $100K.

Meanwhile, her boyfriend of eight years looked dapper in an emerald green suit by the same Italian fashion house.

One person wrote: “I was hoping it was wedding pictures,” accompanied with a heart emoji.

Another commenter asked: “Is that a wedding dress?”

Last month, Kris and Corey went on vacation with Tommy Hilfiger and his wife Dee Oclepo.

In Kris’ pictures from the Mediterranean getaway, some fans believed they could see a wedding ring on Corey’s hand.