LOVE Island fans have slammed Laura Whitmore for an “intrusive” comment she made to Tasha Ghouri and Andrew Le Page during the reunion episode.

The 37-year-old presenter was talking to the couple about how they’ve been getting on outside of the villa.

Laura used the ‘beauty salon’ slogan this year’s Islanders have been using to discuss bedroom activities, to enquire as to how the couple’s sex life has been going since leaving the villa.

Tasha Ghouri, 23, replied that she’d had a “full set” while showing off her nails, implying she and boyfriend Andrew, 27, had had sex.

But viewers on social media were less than impressed with Laura’s question to the Islanders.

One person penned: “Laura’s questions to Andrew and Tasha are intrusive,” while another said: “Am I the only one thinking it was a little bit personal asking whether Tasha and Andrew had finally had sex?"

Un troisième ajouté: “They’re trying to make it “PG” but think it’s ok to ask Tasha and Andrew if they’ve had sex?" 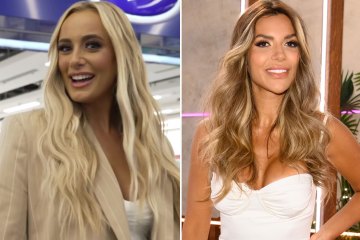 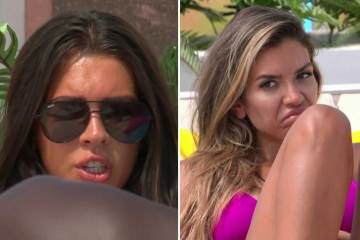 And a fourth in agreement wrote: “Can’t believe Laura just asked Tasha and Andrew that question!"

Le mois dernier, Laura came under fire following a series of remarks made about Ekin-Su on last night’s Aftersun.

Laura was discussing Ekin-Su’s signalé antics in bed with dumped Islander George – despite the Turkish actress repeatedly denying anything happened.

She kicked off by saying: “Once again Ekin-Su swore that nothing happened with George and it seems Davide doesn’t believe her.”

As Laura burst into laughter, Tom Grennan exclaimed: “It deffo happened though didn’t it”

Darren Harriott continued: “She said her head never turned but I think her hand might have turned, and possibly wrist.”

Instead of shutting down the conversation, Laura then turned to Sian Welby to ask her opinion.

The comments left her family and friends feeling very uncomfortable and the person looking after her account tweeted at the time: “The fact that the s*** shaming is being passed off as banter and good television is very concerning at this rate #LoveIsland.”