CARRYING a baby is no easy feat and your body is put through its paces, changing shape and size, often leaving mums-to-be exhausted.

At the very least pregnant women should expect to receive sympathy over any weight gain, particularly from a midwife, but Charlie Del Guercio experienced quite the opposite.

The full-time mum-of-three, 41, from West Wickham, Bromley claims she was fat-shamed by her own midwife.

Here Charlie, who lives with her children Alfie, 10, 奥兰多, nine and Luna, 四, with husband Antonio, 44, a sales manager reveals her horrifying experience that left her in tears…

“My first son was only nine months old when I fell pregnant with my second. It happened very quickly so I still hadn’t lost all of my pregnancy weight.

I’ve always been slim and weighed 9st before having kids. I was 11st at my first midwife appointment, a size 12. 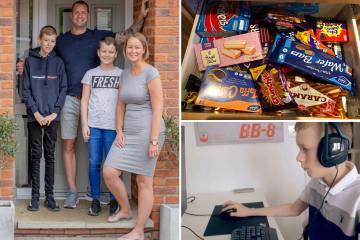 I’m a lazy mum, my kids game for hours & stay up til 2am – kids don’t need rules 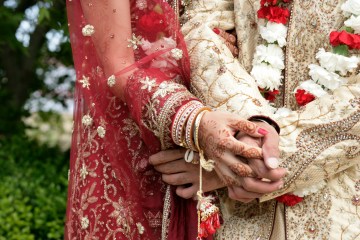 The first thing my midwife said after weighing me was ‘you should join Slimming World – you know you can do it while you’re pregnant?’

It was out of the blue. I was shocked and taken aback, that was the last thing on my mind. She continued to tell me how much weight women gained on average during pregnancy.

She said ‘that will push you into the overweight BMI, then you’ll be at risk of gestational diabetes, your labour will be more complicated and you’ll be more likely to have caesarean’.

The implication was ‘you’re putting your baby at risk’. I came out crying and dreaded every appointment with her, because I knew she was going to keep raising my weight.

我是一名空姐, 12 things you shouldn’t wear on a plane, jeans are a no

My BMI at the time was 24.7, which was teetering on the edge of the overweight bracket at 25. Throughout my pregnancy, my midwife kept calling me ‘obese’, even though I wasn’t.

She even questioned my urine tests, which would come back fine, saying ‘you’re a prime candidate for gestational diabetes, you must have it’. She was convinced there would be something wrong with me.

It all felt so unnecessary. Had she said factually ‘these are the added risks of being overweight’ it would have been fine, but she was so rude.

When I gave birth to Orlando, he weighed 9lb 10oz because he was 13 days late. I was induced and there were no other problems, so we went home the next day.

I understand they have to inform you of risk but there is a way to talk to people.”

I’m a healthy person who exercises three to four times-a-week. Although I still had some pregnancy weight to lose, I was eating healthily and had started exercise classes.

I understand they have to inform you of the risks but there is a way to talk to people. You feel vulnerable when you’re pregnant, my first labour was traumatic so I was already worried about giving birth and didn’t need her adding to my stress.

No-one should have to dread their midwife appointments. My third pregnancy was with a different midwife who was wonderful, even though I still weighed 11st.

They need to think about how they speak to people. Don’t judge, be kind, have some empathy. You can tell someone facts without making a personal attack.”

A spokesperson for the Princess Royal University Hospital said: “We are sorry to hear about Ms Del Guercio’s concerns from nine years ago. Our teams discuss with women the importance of a healthy diet in pregnancy, and staff are trained to address weight-related issues in a sensitive and supportive manner. We would not want anyone to ever feel they were not treated with dignity and kindness.”