YOU’D expect former boxer Chris Eubank to have a relaxed attitude to pain.

But perhaps he was just a little too chilled on セレブリティマスターシェフ.

After his stint in the BBC show, クリス 前記: “I was most concerned about not severing one of my fingers when cutting vegetables.

“Losing the finger wouldn’t bother me too much. What would bother me is how frightening it would be to the audience.”

He added to Radio Times: “When I cook, it’s like I’m on a date. I dim the lights, I put on Nat King Cole. 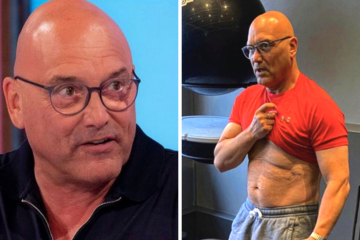 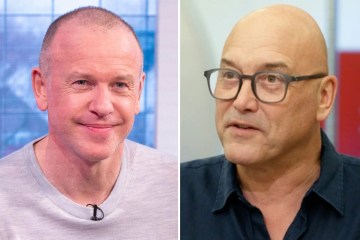 Tim Lovejoy swipes that MasterChef judges have no clue

“Let me tell you, any woman would die to be in that kitchen.”

CALL the Midwife’s クリフ・パリ says Celebrity MasterChef has inspired him to overhaul his diet.

Before taking part, the actor, who plays handyman Fred Buckle, says he would scoff bacon baps and his Brussels sprout shepherd’s pie.

Cliff told Radio Times: “I try and eat more healthily now, because the guys in my group would have quinoa and avocado and salmon.

“I’m starting to do soaked oats and treat myself a little bit better. It’s an enjoyable challenge because I hated that stuff before.

“It’s not easy when you’ve been brought up on pie and chips, cake and chocolate.

Good on you, Cliff.