But former 2004 Eu sou uma celebridade runner up Jennie Bond, thinks the campmates have not shown their full feelings towards the former cabinet minister.

Ela explicou: “When you’re in there, it’s like this tight community where you’ve got to live cheek by jowl, 24/7. 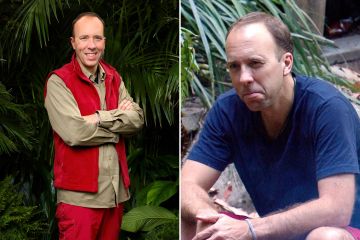 Ela adicionou: And I think they’ve all made this effort to separate Matt Hancock the man in the jungle from Matt Hancock, the politician.”

Falando com o Sol, Jennie exclusively revealed: “That is the person you’re going to rely on for your food, maybe if they’re during the trial that you’ve got to thank for the food,

O antigo Royal reporter adicionado: “So I can quite understand that they haven’t wanted to get too into conflict with Matt Hancock.”

This comes as Jennie slammed Matt Hancock for even signing up to the long-running ITV Series.

Ela disse ao The Sun: “Você sabe, he should be probably asking his wife and his children and his constituents for forgiveness, not people in the jungle and the public at large.”