BRADLEY Walsh was left ‘feeling ill’ during an episode of The Chase as Anne Hegerty got flirty with one of the players.

The Chase sees four contestants answer a series of general knowledge questions in the hope of bagging themselves thousands of pounds – all the while preventing professional quizzers from sabotaging them.

Adam kicked off the show and impressed host Bradley, 62, and his fellow contestants before coming face-to-face with Chaser Anne.

After successfully managing to survive the first round, Adam returned to his seat as he was praised by the other celebs.

“That’s annoying I couldn’t have caught him,” Ann said to Bradley. 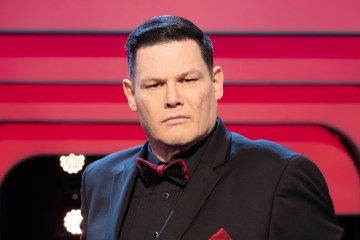 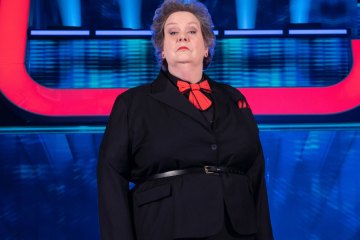 The 64-year-old continued: “But I would have liked to take him out, indeed in more ways than one.”

As the audience laughed, Adam told Anne that he did “like a smart one”.

Host Bradley then declared that it made him “feel so ill” while trying to get on with the show.

“Well there you go, Adam is through,” said Walsh as he seemed eager to move on.

The Chase airs weekdays from 5pm on ITV and ITV Hub.