THE View hosts have had enough of Kourtney Kardashian and Travis Barker’s PDA, especially in front of the kids.

The TV personalities have slammed the couple for their “nasty kissing” after Kourt’s daughter Penelope called them out for the same thing recently.

During Thursday’s new episode of Hulu’s The Kardashians, both Penelope and Reign begged their mom and step-dad to stop kissing in front of them.

Joy Behar brought up this moment in the Hot Topics portion of The View on Friday to get her co-hosts’ thoughts on it.

She introduced the conversation saying: “The Kardashians, well, they’re not known for their subtlety!”

After showing a clip of them making out on their reality show, Joy asked everyone: “When it comes to parents showing affection in front of the kids, how much is too much, really?” 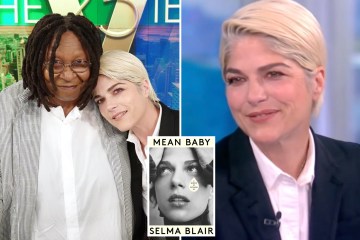 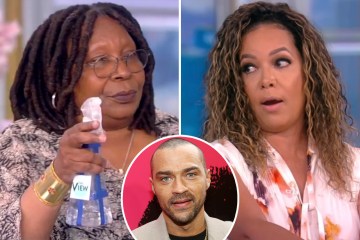 Guest co-host Ana Navarro was quick to slam the couple and said that, for sure, “this is too much!”

Meanwhile, Dan Abrams, who appeared as a guest on the broadcast, condemned it fully.

Though The View host Sara Haines said she enjoyed some casual PDA and being romantic while out and about, she said she “would never kiss an intimate kiss in public!”

The View shared a slideshow of different times Kourtney and Travis have made out and touched tongues on social media and on red carpets.

Host Sunny Hostin scrunched up her nose in disgust to the idea of so much PDA, as well.

While the others danced around it a bit, Ana decided to really call out Kourtney and Travis on their behavior.

She began: “I am proud to say I’ve never watched an episode of this. I can barely keep up with which Travis, because I think there’s more than one Travis right now in the family.”

Ana then blasted their kissing, saying: “I don’t understand why I have to be seeing them lick on each other like lollipops continuously!”

Sunny kept agreeing with her before diving further into her own thoughts on it all.

“I feel like it’s very germ-y,” she said. “The kissing that they’re doing… I just think in front of the kids, maybe I’m taking this too deeply, you know, he is not their father.”

She added: “I think that, a child myself of divorce, you never quite get used to seeing your parents with other people, and I think that’s a very uncomfortable thing.”

“Especially when they’re doing this, germy, nasty kissing in front of them.”

Joy just kind of shrugged it all off and said “the Kardashians never do anything in private, everything is public.”