PHILLIP Shofield and Holly Willoughby are under pressure from This Morning fans to apologise after they used media passes to see the Queen lying in state.

ITV insisted they “did not file past the Queen’s coffin” on Friday but were being escorted to work from the press gallery by government staff.

Despite being eligible to enter Westminster Hall without joining the public queue viewers have demanded that Holly and Phil address the backlash when the ITV show returns to tomorrow.

One viewer tweeted: “Everyone on Tuesday watching #ThisMorning to see if Phillip Schofield & Holly Willoughby give a public apology/statement after the cop out message from the show.”

Une seconde a dit: “I’m certain the next episode of #ThisMorning will open with Phil and Holly looking forlorn into the camera, telling us how sorry they are they chose to not bother queuing to see the Queen.”

Another furious viewer said: “#ThisMorning #justsaysorry #liars
This will make the public angrier than if they admitted fault and said sorry” 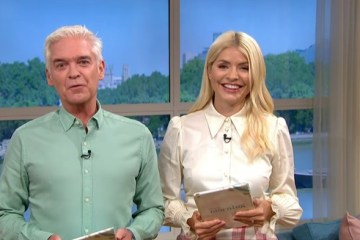 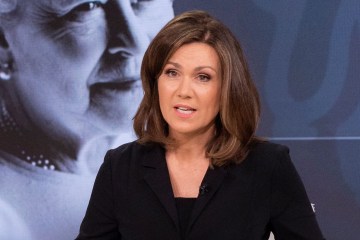 This Morning was cancelled today to make room for coverage of the Queen’s state funeral.

Elle a continué: “Whether you are religious or not, a royalist or not, it feels like a sort of pilgrimage, and a historic moment, a historic opportunity.

“When I was in the queue, jeunes enfants, patiently and uncomplainingly stood for hours. I was so proud of my mum at 81 queuing with me.”

Speaking on the BBC, Huw Edwards said: “There have been quite a few familiar faces in the queue for that lying in state at Westminster Hall.