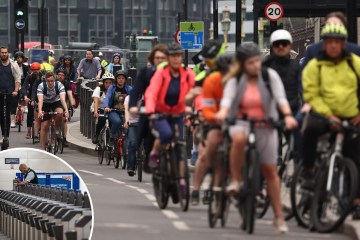 Vem como 700 BA check-in staff, represented by Unite and the GMB, prepare to go on strike in a fortnight’s time at Heathrow.

Holidaymakers will face more disruption over the coming weeks as Ryanair cabin crew in Spain, Itália, Portugal, France and Belgium are due to strike. Staff in Italy and France will be joining them this weekend.

On the first day of six days of action in Spain, workers held placards at El Prat Airport in Barcelona, leitura: “Ryanair, low salaries made simple,” and t-shirts reading: “Rights at Ryanair.”

Nadine Houghton, national officer at the GMB, disse: “With grim predictability, holidaymakers face massive disruption thanks to the pigheadedness of British Airways.

Julia Lo Bue-Said, chief executive of Advantage Travel Partnership, which represents independent travel agents, disse: “Any potential strike action across Europe, combined with some of the other recent travel disruptions we are experiencing, is of course having an impact which is disappointing for everyone.”