Une étude de 2,000 adults who own a home found 46 per cent intend to make changes to their home this year, but three in five are opting for smaller jobs over big renovations.

Et 23 per cent admitted they don’t want to give up on making home updates despite the rise in costs.

Mike Fairman, CEO of Checkatrade, which commissioned the research, mentionné: “Whether it’s giving a living room a new lease of life with a lick of paint or freshening up a bathroom by re-grouting tiles, keeping up with smaller and more affordable improvements means we can continue to keep our homes in top shape.

Others who took the survey revealed they want to test out styles before making big changes (17 pour cent) et 18 per cent want to stay motivated by concentrating on small jobs.

But nearly half have postponed larger renovations this year due to having less funds than planned (42 pour cent) and facing other financial priorities (34 pour cent). 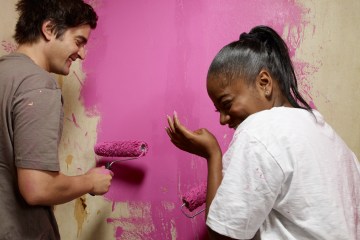 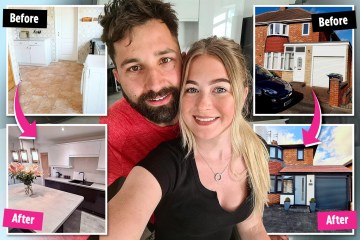 Others have been stopped from carrying out larger plans by rising utility bills (27 pour cent) and family expenses (21 pour cent).

It also emerged homeowners have already spent an average of £2,053 this year and expect to spend a further £2,413 in the next 12 mois.

Mike Fairman added: “With more than half (55 pour cent) intending to tackle big renovation projects themselves, we would encourage homeowners to not be tempted to take any short-cuts and to turn to only reputable and vetted experts to support in any home improvement changes.”

Pendant que 24 per cent can’t imagine not doing any work in their home for a period of time, with the average homeowner only going eight months in their current property without making any changes to it.

A couple from Snowdonia, Pays de Galles, doubled the value of their home in four years through DIY renovations.