Die Met Office has issued three yellow weather warnings, two of which last for the whole weekend, terwyl 52 flood alerts are in place.

The first warning covers a large area of mid-Skotland, with parts of Dundee, Perth en Stirling all affected. 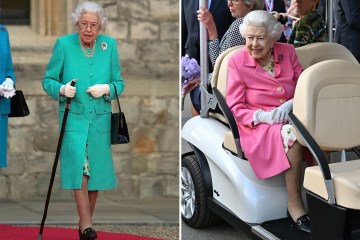 The second warning covers the South Wallis coast, insluitend Cardiff, and is in place from 2pm today to 3am tomorrow.

Intussen, the third warning covers the south coast, all the way from mid-Cornwall aan Portsmouth.

Egter, it’s not only the areas within the warnings at risk of flooding.

The agency has also issued 52 flood alerts, which mean that flooding is possible, in areas ranging from Bristol to Leicestershire to Morecambe Bay, Verfilmingsplekke vir ITV-drama The Bay.

For most areas outside of the warnings, wel, conditions are likely to remain fairly dry and mild.