Since taking on the role, her career and net worth have soared, but it remains unclear what will happen after she steps down from her position on May 13, 2022.

What is Jen Psaki’s net worth?

Jen Psaki, 43, is known as an American political advisor.

Despite a high-profile career, little information is available on her exact net worth, but it is estimated to be around $2million and $2.5million. 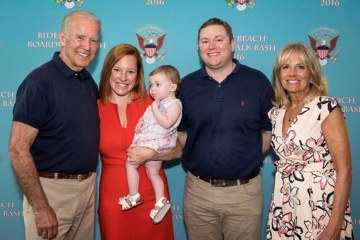 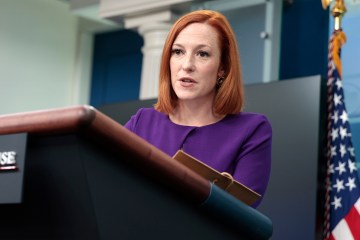 Why is Jen Psaki leaving the White House?

Rumors began to spread in early 2021 that Psaki would be leaving her role at the White House.

In May of that year, she then confirmed that she would be leaving sometime in 2022.

Speaking on The Axe Files podcast, Psaki said: “I think it’s going to be time for somebody else to have this job, in a year from now or about a year from now.”

On May 5, 2022, President Joe Biden then announced that Karine Jean-Pierre would be taking her place.

At this time, it remains unclear what Psaki will do after leaving the White House.

Many assume that Psaki will be using her new free time to spend time with her husband, Gregory Mecher, and their children.

Connecticut native Psaki graduated from the College of William & Mary with a degree in English and Sociology in 2000.

She began her career in the early 2000s, working on the re-election campaigns of Iowa Democrats Tom Harkin for the Senate and Tom Vilsack for governor in 2001.

She also acted as press secretary for the Democratic Congressional Campaign Committee until 2006.

Psaki worked in Barack Obama’s administration but briefly left in 2011 to work as the senior vice president and managing director at the Global Strategy Group.

She left the White House in 2017 to become a CNN contributor before Biden selected her as his press secretary.