JOE Biden isn’t the only member of his family to make headlines, his nephew, Cuffe Owens, garners press attention as well.

Cuffe’s past relationship with former Real Housewives of Orange County star, Meghan King, was a frequent subject of discussion in the media.

He is a Los Angeles-based attorney who currently works for Felker Toczek Suddleson Abramson LLP, according to All California Attorneys.

He attended Georgetown University for his undergrad and got his law degree from the University of Southern California.

He was admitted to the California Bar in 2009. 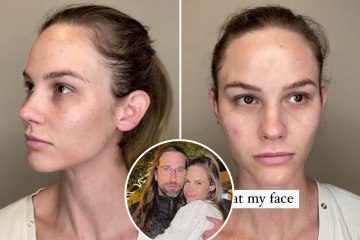 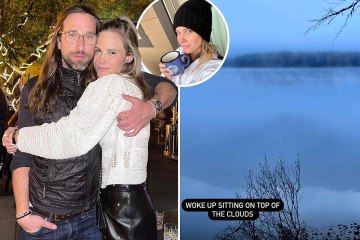 When did he marry Meghan King?

The pair got married in a small ceremony of just 50 people after just weeks of dating.

Foregoing a traditional wedding gown, the RHOC alum opted for a blazer dress by Rasario.

most read on celebrity relationships

Meghan told Brides: “We both found ourselves getting caught up in expectations of tradition with the dress when I just decided to wear what felt most like ‘me’.

“And, it was the first dress I tried on: a mature blazer dress by Rasario from Matches Fashion online.”

Meanwhile, Owens wore a navy blue Ralph Lauren Purple Label suit for their big day, as well as a watch his father gave him.

The duo went public with their relationship in September 2021 when she shared a photo of Cuffe on her Instagram, calling him, “My man.”

The post read: “Trying my best to avoid any cheesy introductions like ‘my main squeeze’… so just meet my man.”

On the other hand, Owens doesn’t have any children.

Did Cuffe Owens and Meghan King get a divorce?

On December 27, 2021, Meghan confirmed she and Cuffe hit splitsville on Instagram.

The reality star stated: “I’ve been asked by many outlets and individuals to comment on the state of my marriage.”

“I am rattled, this situation is profoundly devastating. This is obviously not what I imagined when I made my vows – and I’m shocked and saddened by the way things turned out.

She added: “I am moving forward with my children as we privately process our pain and begin to let go of shattered dreams.”

“At this time I ask for your grace and gentle kindness as I navigate this labyrinth of grief with my family.”

On March 31, 2022, Meghan discussed divorce updates with SiriusXM’s Jeff Lewis and revealed that the marriage is going to be annulled.

She disclosed: “I was married when I was 22. Yeah, so I feel like that one didn’t count, you know, that was like a practice.”

“Then I was married to my ex-husband [Jim Edmonds], who I have my kids with for five years. And that was real.”

“That was a real, legitimate marriage and divorce.”

Meghan went on to add: “And then this last one is gonna be annulled, so I’ve had three weddings and two marriages.”

“I think that I was so ready for a partner and for some, I have three little kids that I have all the time pretty much.

“And so I just really want some help and I want a partnership. He said all the right things and I and the families were a good, good fit.”

The former RHOC star shared: “And he seemed to grow up similarly to me and it was almost like an arranged marriage. I felt like, except we chose one another.”