Two couples took on the dreaded dance off in hopes of saving their Strictly spot. Here’s everything you need to know.

Kaye Adams was the first celebrity to be eliminated from Strictly on Sunday, October 2, 2022.

The Loose Women star and her partner Kai Widdrington found themselves in the bottom two alongside Bros star Matt Goss and his partner Nadiya Bychkova. 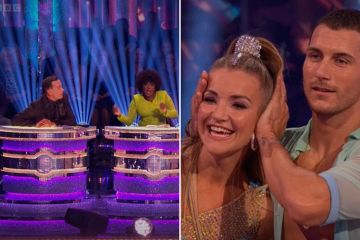 Kai was then asked if he had any words for his partner, Kaye and he said: “Well, you know, only we know how much real hard work has gone into this.

There are 14 celebrities still left dancing for that Glitterball trophy in the Strictly 2022 season.

Strictly week three will air on Saturday, October 8, 2022 at 6.30 pm and fans will be delighted to know the remaining 14 couples will take to the dancefloor for Movie Week.