However, the problems started when the person behind her, who was around 6″8, told her not to recline as her seat was hitting his knees.

She explained on social media site Reddit: “After takeoff, the person in front reclined their seat. No problem, I reclined my seat, but the guy in the aisle behind, but in the middle stopped me. 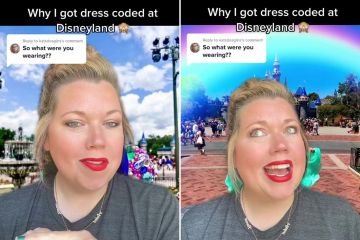 She continued: “I said, ‘Yeah no problem, I won’t recline my seat, but next time you can choose a different seat as to not inconvenience 5 other people‘.

One wrote: “Anyone reclining their seats on an economy flight is in the wrong.”

A second added: “I would never recline my seat unless there was no-one behind me. I just can’t bring myself to make someone else’s life worse.”

However, other people were adamant that she shouldn’t have to think about those behind them when reclining her seat.

One said: “Reclining is your right as an airline passenger. If you don’t like the person in front of you reclining, it isn’t their problem.”

Another wrote: “Imagine getting mad at someone for using their seat’s feature, that the airline provided and they paid for.”

Julia Esteve Boyd, an etiquette coach and podcaster from Switzerland said: “It is completely reasonable to recline your seat if you want to. Just don’t recline the seat too quickly.”

Meanwhile, passenger Lisa Blossat Harrison said she always checks who’s behind her, before not reclining all the way.

She said: “I’ll look behind first, then gently go back a little just to relieve my back.”