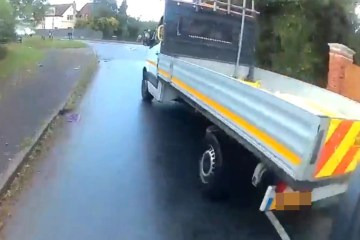 One said:” Why is she mad at the guy in the car she hit?

Another said: “She wasn’t even looking. She was busy.”

One said: “Looks like she was too busy waving the other car that she could not concentrate on the road.”

Another said: “She was too busy gesturing out the windows and she still crashed into you.”